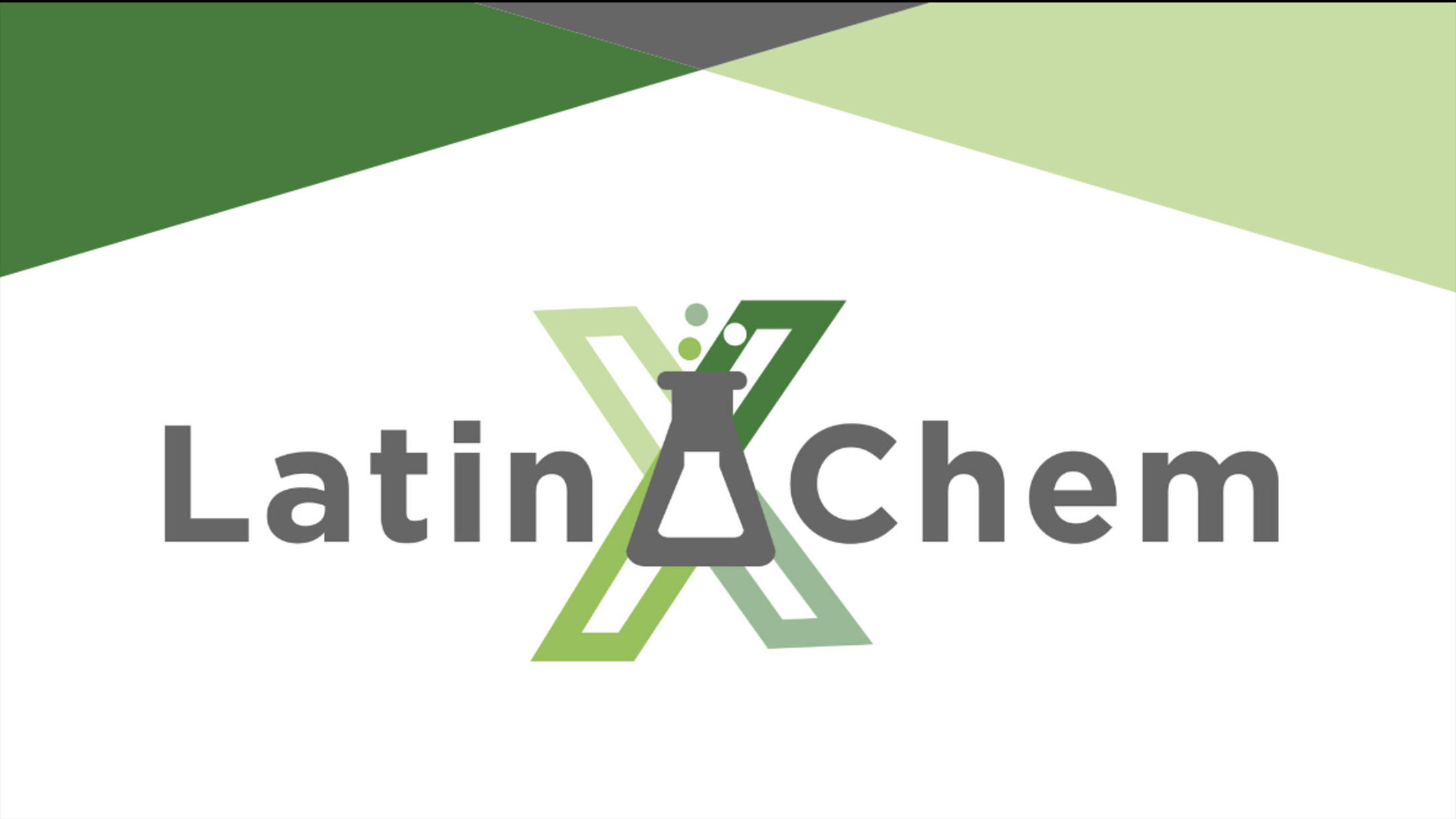 When a chemistry conference was canceled in the early stages of the pandemic, it meant students in Iowa State’s Department of Chemistry would lose an incredible opportunity to gather with scientists from other universities and present their research. So Javier Vela, University Professor and professor of chemistry, collaborated with colleagues across Latin America to create an online LatinXChem conference. 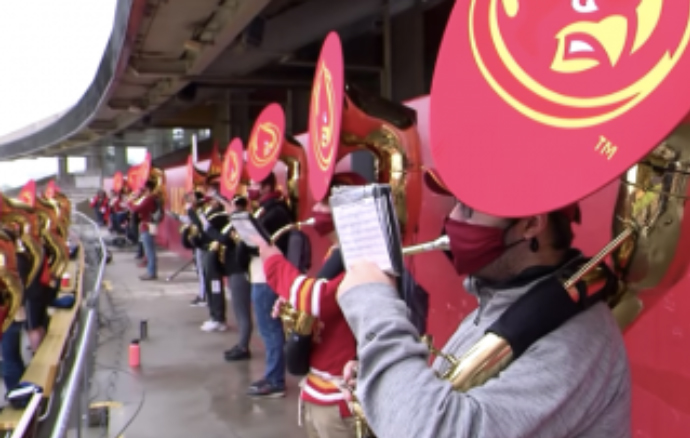 The Iowa State University Cyclone Football ‘Varsity’ Marching Band kept tradition alive by performing at Iowa State’s first football game this season, even though they were the only ones seated in the entire stadium. Christian Carichner, associate director of bands and director of the Cyclone Marching Band, reinvented practices and performances with adaptive equipment and protocol. 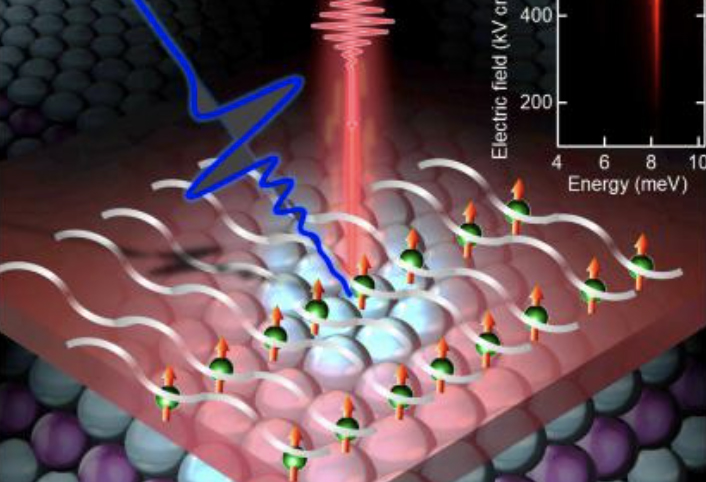 Challenging the laws of physics

Jigang Wang, LAS professor of physics and senior scientist with the U.S. Department of Energy’s Ames Laboratory, is supercharging supercurrents to harness new quantum properties. Wang and his collaborators’ research could make a significant impact on quantum computing and energy consumption. 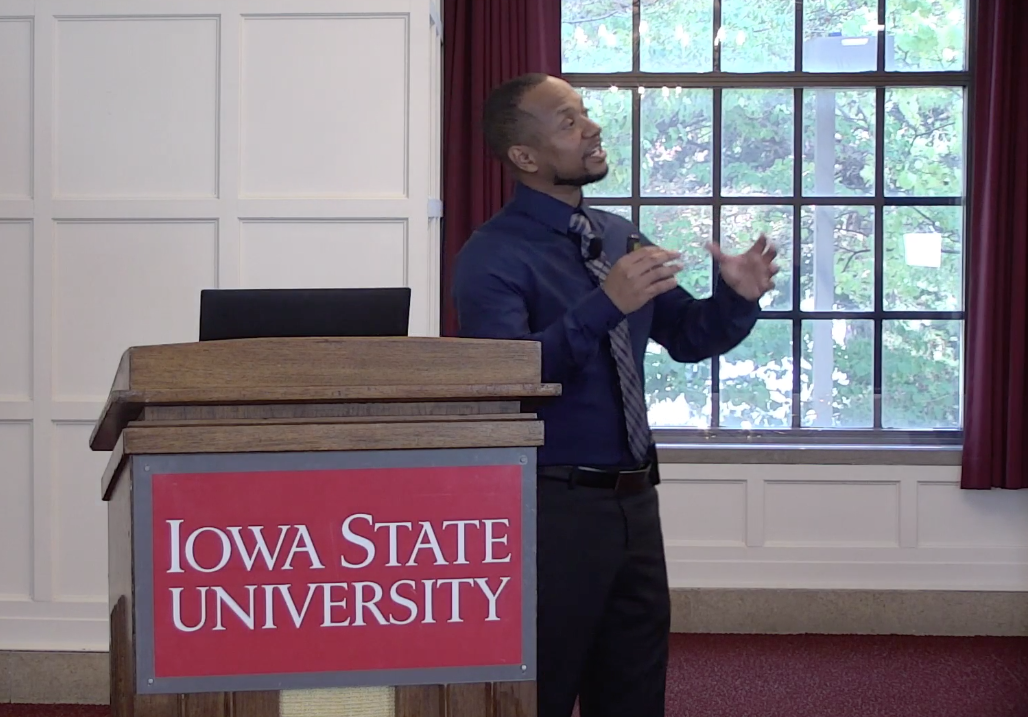 This semester we offered the LAS Dean's Lecture in virtual format, which opened up the event to a much wider audience. You can view a recording of Novotny Lawrence, associate professor in the Greenlee School of Journalism and Communication and the Department of English, deliver the Fall 2020 LAS Dean's Lecture, "White Mansions, Black Bodies: Jordan Peele's Get Out and the New Age Slave Plantation." 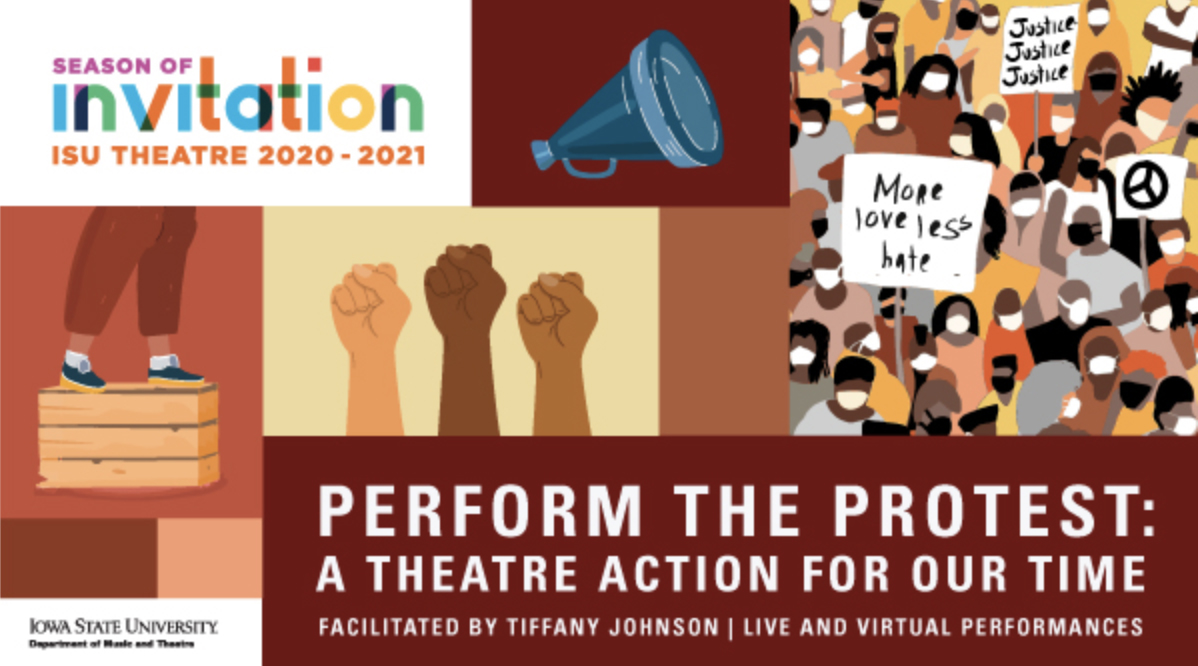 Theatre for the times

ISU Theatre kicked off an innovative performance season with “Perform the Protest: A Theatre Action for Our Time,” a four-day production that celebrated protest through speaking, acting, singing, performance and design. Led by the College of Liberal Arts and Sciences Dean’s Artist in Residence Tiffany Johnson, the daily performances were the first in the program’s “Season of Invitation,” which was designed to meet the challenges of performing during a global pandemic. 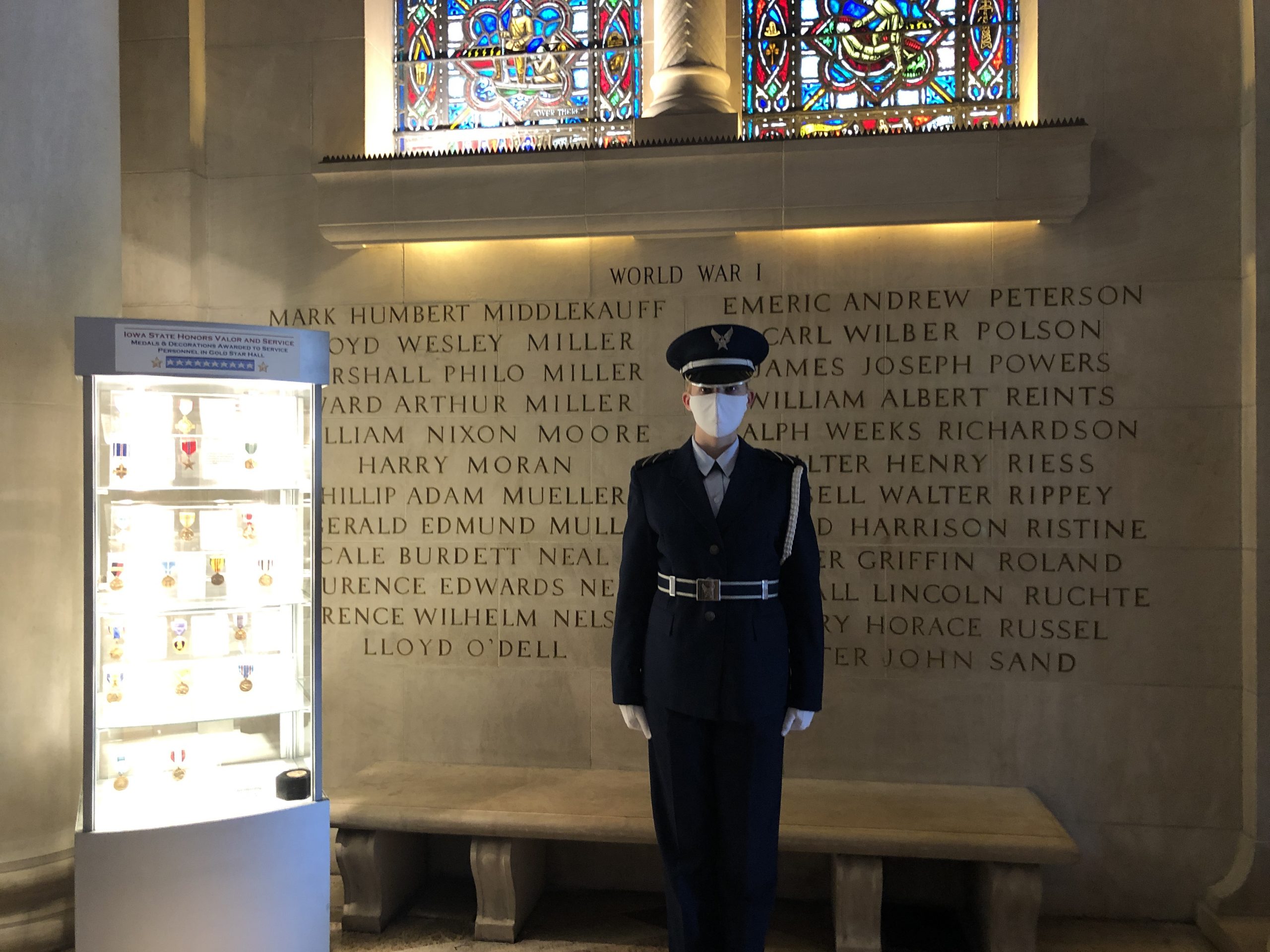 On Sept. 18, members of the Air Force ROTC Detachment 250 completed their annual POW/MIA Day and Capitol Run, honoring men and women who are Prisoners of War (POW) or Missing in Action (MIA). The cadets began a memorial run at the Iowa Capitol in Des Moines and carried the United States flag to the Memorial Union at Iowa State University. Additional members of the unit stood guard next to a traditional table set for one, in Gold Star Hall. Cadet Skylar Eiynck ('23 meteorology), pictured, was one of the cadets who stood guard. 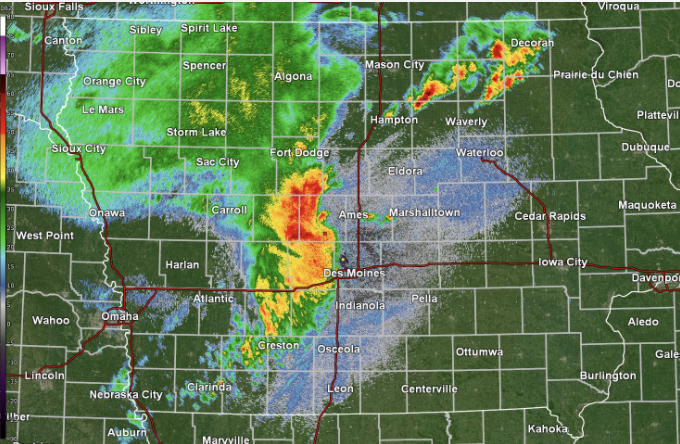 Derecho through the eyes of an expert

Iowans were unprepared for the derecho that ripped its way through the state in August. Bill Gallus, professor of geological and atmospheric sciences, said experts were just as surprised. Estimated winds of up to 140 mph moved through Iowa and other Midwestern states, causing unprecedented damage in Ames and other communities. Gallus talks about why the storm didn’t appear in forecast data. 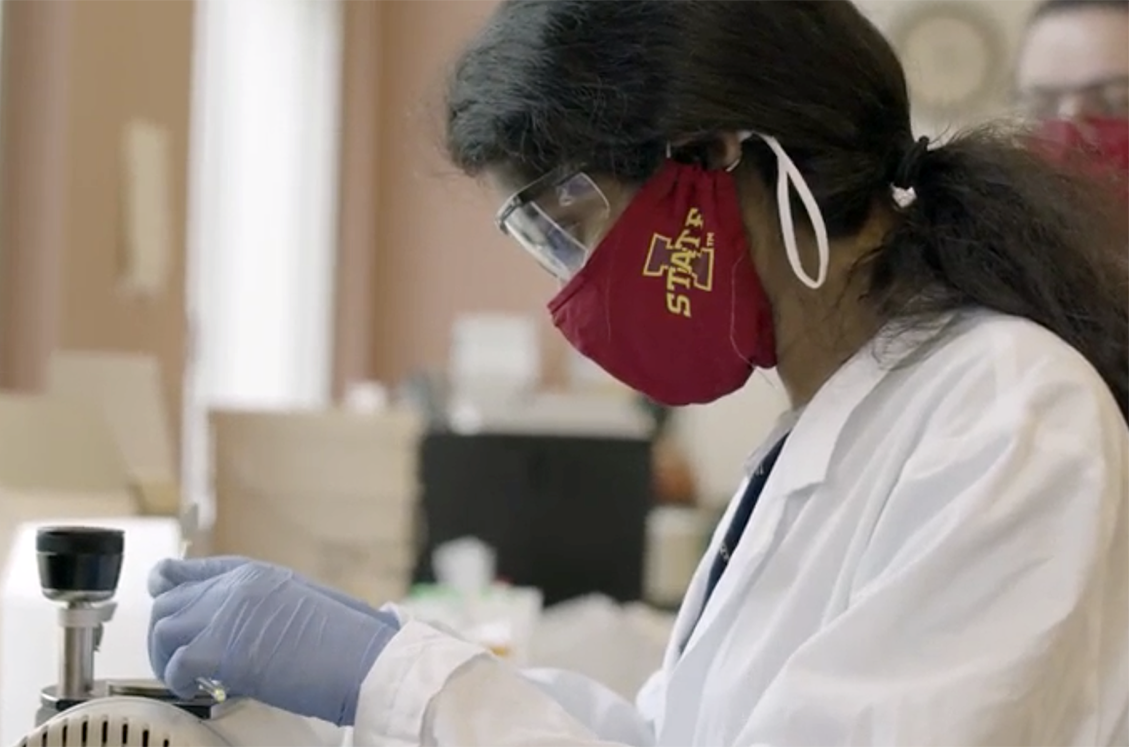 A day on campus

Wondering what campus is like with a pandemic all around us? Check out this LAS video for a glimpse!